Holding Onto Your Past Creates Problems For Your Future

Are you holding onto your past?
Take a lesson from me, and jettison the junk. 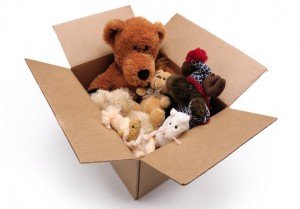 I spent a good chunk of yesterday cleaning out the “toy closet.”

I haven’t had children at home for years.
Deep sigh …
followed by a leap for joy!
(Don’t judge, I am happy to have healthy, thriving, gainfully employed boys who’ve grown into men.)

I’m reclaiming all the real estate in my house previously dedicated to storing their paraphernalia.
I will no longer keep art projects from grade school,
football cleats from high school or dental models of lost retainers.

Yesterday, I cleared the last bastion of their territory … the toy closet.
Toys spanning the decades spilled out to be sorted and bagged up
in preparation of their move to someone else’s home.

Candyland, all the chess boards and the Monopoly game … out.
Beanie Babies, action figures and matchbox cars … out.
Glitter pens, coloring books and the potholder loom …  out.
Puzzles, sidewalk chalk and the abacus no one ever knew how to use … out!

Can I just tell you, it’s liberating.
I am giddy with glee!

Want To Know A Big Secret Of Mine?

I’m not sure if I should brag about this or whisper it like the big secret it is. 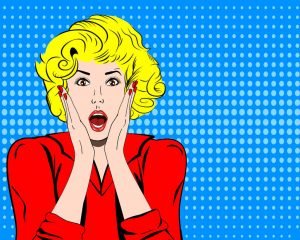 I wore the same outfit everyday for the entire week! I wore it to the dentist on Mon., out to dinner with girlfriends on Wed., for a FB live on Thurs., to get my hair cut on Sat., to church on Sunday and around the house the rest of the week.

It was so freeing not to have to think about it. And, no mountain of laundry at the end of the week!

There are other benefits, too. I don’t know about you, but I can get so bogged down with the smallest details that it that it keeps me from making real progress on anything!

The tiniest of decisions can hold my momentum hostage.

The Best Medication for Turbulent Times

I surveyed the dark red, single engine airplane we stood in front of as I listened to my new husband say, “It’s absolutely ridiculous to own a vehicle you don’t know how to operate!” 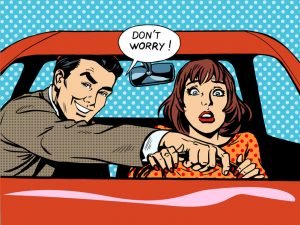 The airplane that now had my name on the title. The turbulence in my tummy was growing. I gulped. Visions of me soaring through the air filled my head … followed immediately by flashes of me crashing in a blaze of flames.

It seemed reasonable to know how to operate the radio. It even made sense to learn how to land the plane in an emergency, but to actually become a licensed pilot freaked me out.

You can already tell this will go badly, can’t you?

There is truth in the old adage that a husband should not attempt to teach his wife to drive. Driving lessons are a lot cheaper than a divorce, but this isn’t a blog about marriage.

“Okay,” I said, more out of a desire to be cooperative than adventurous. “Let’s do it.”

Learning to fly an airplane was horribly hard for me; all the technical, weather-related, and directional stuff vexed me. To top it off, my own flying made me sick. The joggling and bouncing in the little plane while doing the training maneuvers made my stomach churn.

Dramamine was a lifesaver for me. I swallowed pieces of little yellow pills for the first forty hours of my training before I successfully completed my testing to become a licensed pilot.

I’m still plagued by motion sickness if the air is turbulent or if the waves are rough. If the swings are tall or the carnival rides turn me upside down. You can tell me it’s all in my head but I am still hurling into an airsick bag.

While Dramamine commands my upset stomach to calm down,
it does nothing to change my circumstances.

If you are more like Martha than Mary, I have good news! My friend, Katie M. Reid has just written a book called, “Made Like Martha: Good News for the Woman Who Gets Things Done”(which includes a 5-week bible study for individuals and groups). It comes out July 12, but I wanted to give you a sneak peek.

The Secret to a Good Soul Cleaning
By: Katie M. Reid

Modern Marthas don’t usually blow things off. They are conscientious and aim to please. We get A’s for effort, not E’s. We work to excel. We strive for perfection. We run as to win the prize. Even if we don’t get gold stars or gold medals, it isn’t for a lack of trying to offer our best.

If someone told me that all my efforts were in vain, I think I might cry (or get ticked, or be tempted to give up…depending on my mood or time of the month). Daily, my brain works overtime, trying to solve problems, tackle schedules, and successfully manage all that is on my plate.

The Army slogan, “Be all that you can be,” was a favorite of mine, and I lived it. Until, I tried so hard to be all and do all that I set myself up for failure. I kept trying to be an acceptable sacrifice. The problem was, I was trying to purify and holy-ify myself to be pleasing in God’s sight and the eyes of most everyone else too.

The duties of being a good Christian started to become drudgery as I tried to perform flawlessly. 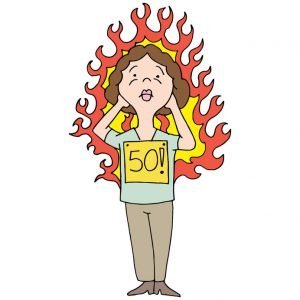 If you’re a hormonal hottie, too, listen up.
You need flannel sheets in summer.

Can Too Much Togetherness Lead To Turmoil?

Is there such a thing as too much togetherness? 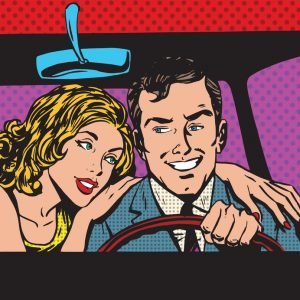 Dave and I just got back from a conference in Toronto, Canada. We were TOGETHER for six days. Joined at the hip together!
In the car.
In the hotel room.
At the conference.
Eating.
Sleeping.
Driving.
Learning.
Ministering … together!

It was great, but I have to admit, I was happy to be home and get back into my routines. To have a little “me” time. You know what I mean, don’t you?

This morning (first day home) while I was having my quiet time, Dave came in and said, “Oh, good morning! Let me get my coffee and sit right next to you. We haven’t spent any down time together for a while.”

Honestly, at first I thought, “Arrgh, I do not have time for a meandering conversation or meaningful togetherness right now! I have to unpack, do laundry, take a friend in for a colonoscopy, pick up something for dinner, write my Journey to Trust girls to see how they are doing with their studies, finish my blog and make a dessert for tomorrow night! I do not have any more time for you!”

What do you do with old memories?
Turn them into new legacies!

In thinking about her,
remembering all the accomplishments she achieved
and all the people she served so well in her tenure as an educator,
one of the questions rattling around my brain is
how will I be remembered?

I know, I know,
61 is hardly considered old anymore.

However, I have more years BEHIND me than AHEAD of me.
Now more than ever, I want to make them count. 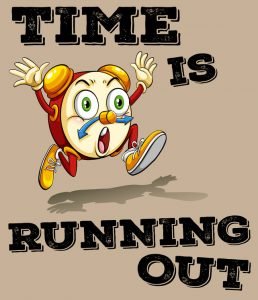 Time is whizzing by.

It seems like just yesterday that I was chasing children,
frantically trying to get places on time.
I was consumed with feeding, watering, and caring for other people.

Are you so busy that the idea of following God a divine journey sounds impossible? 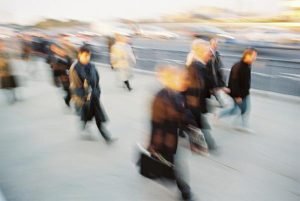 I’m always in a hurry! I rush from meetings to projects, then to the laundry room to rescue Mr. 4-Ever’s shirts before I have to add ironing to my long to do list.

At the grocery store, I silently hum You got to move it, move it to myself as I weave around browsers or wait impatiently at the cash register.

In staff meetings, I take copious notes on one page and write a list of things I need to do when I get home on the next page.

I’ve never been a woman who enjoyed the journey. I’m more of a destination kind of girl.

But, lately I’ve been thinking that I’m missing some of the magical moments God has planned for me along the way because I’m too rushed to see them, much less enjoy them.

How can I think of life as a DIVINE JOURNEY? A journey that will take twists and turns, but will make my journey interesting and create the margin in my life to feel alive and free.

Sin Is Delicious … and Addictive

Sin is delicious. I wish it weren’t so, but it is.

I work with so many women who get caught up in things they never dreamed would hook them.

When I met with *Carolyn, she couldn’t even look up at me, but finally, she took a deep breath and started.

“I’m having an affair with a married man. We met at work and over the course of conversation and cocktails and compliments, I found myself taken in by him. At first, it was just so nice to be noticed. Not just for the way I look but for my brain and my ideas. He listened to my dreams and my problems. He helped me get promoted.

Now here I am. Three years into a relationship with a married man who will never divorce his wife. Hiding the truth from my family and friends, swallowing the pain and guilt, pretending everything is great. I’ve tried to break it off, but I keep going back.” 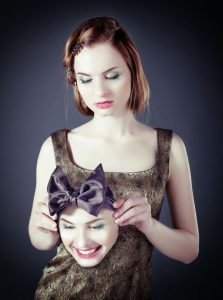 I stared at her. Why would a beautiful, educated woman get into this mess?
Because sin is delicious.

Dance on the Stage God Has Given You

Do you know what stage you’re supposed to be on?
Do you know how to get clarity?

Mr. 4-Ever and I, along with hundreds of others, sat in a hot, crowded auditorium for hours to watch a parade of small girls in dressed up tutus and tights wobble and hop on the stage in front of us.

Every mother and grandma and friend of the family attending knew that the performances of the budding ballerina they came to see was likely to be awkward and poorly-executed, but we each, to a woman, swelled with pride when the little girl we came to see appeared on the stage. 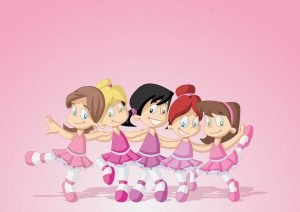 In every performance, the tiny dancers took turns being out of sync, but as a group, they covered each other’s weakness, one remembering one part and another remembering another part so as a whole, they completed the number.

Occasionally, in moments of complete bewilderment, a ballerina wrangler – a preteen ballerina in matching leotard and tights – would appear from the wings to prompt and shoo her mini versions through their next step.

The sweet ballerina we came to watch, was on the stage for not quite two minutes. She was in lipstick and rouge for the first time.  She bravely swayed and pirouetted nearly on cue. She curtsied to thundering applause and cheers.

After the recital, carried her flowers in her arms as if they were her infant, careful not to bump the blossoms or break the stems. She beamed under the praise and adoration of the few of us who were there just for her.

There are no dress rehearsals for life.

That recital was packed with life lessons for all of us!