It was a humiliating defeat for Eli.

Eli was strong, but not as strong as he looked.
When a real challenge was presented, the strength he’d been coasting on failed him.

Sometimes the resolve to make changes is effectively prompted by failure.

You don’t get the job you dreamed of or the bonus you expected.
The cholesterol number is alarmingly high.
The person you thought was “the one” marries someone else.

God prompts and may even allow failures to move you closer.
To live in the fullness of trusting and following him.

God whispers inspiration to you to change your life and change your world.
What stops you from moving toward a more fulfilling life?

The enemy of your soul wants to thwart you from being your best.
He will whisper, “Remember the last time you tried…. What if you make it worse?”
And just like that, we settle back into … Coasting and Complacency.
Then the whisper is, “It’s not that bad, right?” or “You can live with this, can’t you?”

Years roll by and we settle, believing this is the way it will always be for us. 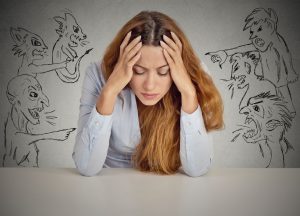 Girlfriend, your enemy wants nothing more than to keep you
away from your purpose, away from God.
Don’t let him win! Don’t give up!

Is God holding you back or are you?
Take courage. Take action. Do it now.

Failure can be a catalyst for change.
The exact prompt that the enemy meant for harm
is what God could use to motivate you to change.

After Eli’s humiliating arm wrestling defeat, he made big changes.
Step by step, he moved from coasting to courageously taking action.
Today, he not only looks strong, he is strong.

We all have opportunities to improve our lives.
We can go back to school and finish that degree.
We could take up running and get in shape.
We could start a savings plan for retirement years.
We could have that difficult conversation with our co-worker or sister.

How can you use your disappointments and failures to shift you
into the life you were meant to live?

What is the first courageous little change you will make toward your new life?

Prayer: Jesus, forgive me for settling and coasting. I know you have more for me than this. Help me be brave enough to move toward you and toward all you have for me. Amen.

“Have I not commanded you? Be strong and courageous. Do not be afraid; do not be discouraged, for the Lord your God will be with you wherever you go.” Joshua 1:9