If you made a New Year’s resolution,
or a 30 day declaration,
are you on track or
or missing the mark? 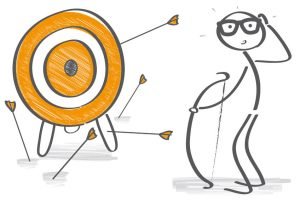 I’m faltering,
but Heaven help me,
I want to get back on track.

Once you fail,
the temptation is powerful to chuck the
exercise program,
writing project,
savings plan,
home renovation
or diet
to the curb in utter defeat.

It’s hard to overcome
the voice in your head that says …
You’ll never win.
Nothing will change.
This will never work.
Give up!

I hear those same recordings my head,
but we don’t have to cave.

Instead of letting those unholy voices
lock up our hearts and enthusiasm,
put them in lock down. 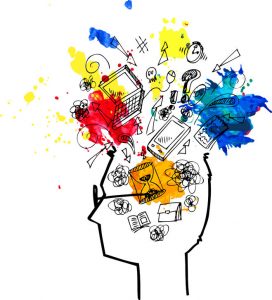 Take every thought captive,
confess,
forgive yourself
and start over.

2 Corinthians 10:4-5 says, “The weapons we fight with are not the weapons of the world. On the contrary, they have divine power to demolish strongholds.We demolish arguments and every pretension that sets itself up against the knowledge of God, and we take captive every thought to make it obedient to Christ. (NIV)

Take thoughts captive.
Then, confess the mess and move on!

Oh dear one, I so wanted a different story to tell you.

My first goal for January was to:
**Abstain from chocolate for 30 days.
Let me tell you how that worked.
I fulfilled the letter of the law,
I’ve had no chocolate.
Instead, I had VANILLA pudding,
strawberry shakes,
and sugar laden coffee drinks.

My second goal in January was to:
**Exercise a little bit every weekday.
Well, I sorta did this.
But, many days,
I counted grocery shopping or
laundry as my exercise.

My third goal for January was to:
**Fast between meals
and not eat after 7pm.
This is a lot harder than I thought it would be.
I legitimized that if I didn’t CHEW, it wasn’t eating.
It’s amazing what you can smash up
enough with your tongue to swallow.

I didn’t hit the mark,
but today,
I’m hitting the reset button! 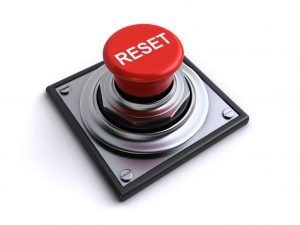 Taking thoughts captive.
Confessing and forgiving myself.
Starting over.
Focusing on what went well.

That’s what Jesus says and models in the Bible.
He gave Peter a second chance when he recommissioned him in John 21.
He flipped Paul on his head and gave him a new start in Acts 9.
He says to forgive (yourself, included) 7 times 77 in Matthew 18:22.

Hard as it is,
let’s stop beating ourselves up
for not making the mark.

As long as we’re in the pit of
discouragement and
focused on failure,
we are not in the frame of mind to
reset, restart or refocus.

I didn’t exactly fulfill my goals,
but I did have some wins.

I didn’t eat chocolate but
even with my snitching,
I ate much less sugary calories
than I would have without the goal.

The exercise I did manage has me touching my toes
instead of waving at them in the mirror.

My clothes fit better,
my skin looks less pasty,
and I feel good.

It’s enough to get me
Reset
Restarted
Refocused.

I can’t wait to hear how you’re doing.
Hopefully, better than I or at least ready to restart!
Leave me a comment below and I’ll reply to as many as I can.